Stuck in his room with a broken leg, Bart watches Ned Flanders through a telescope and thinks he sees his neighbor murder his wife Maude. The more Bart watches, the more he suspects that Ned has definitely killed Maude and buried her in the backyard. Bart enlists Lisa to sneak into the Flanders' house for a closer look, but when Ned returns home holding an ax, Bart can only watch as Lisa hides in Flanders' attic. Bart manages to limp his way down the stairs, out of his house and into the Flanders' where he and Lisa confront him about killing Maude. Cornered, Ned breaks down in tears and confesses his awful crime: He killed Maude's favorite plant and buried it in the yard so she wouldn't know. 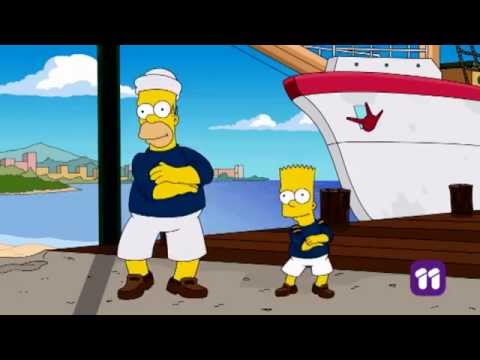