Allison is so busy planning the perfect Christmas for the family that she doesn't suspect Jack's own secret plans to deliver a white Christmas to the town. As she dashes to GD to pick up a special power source for one of Jenna's toys, Jack spirits across town to make sure that the snow-making device is ready to go. Zoe and Kevin, who are left watching Jenna, figure it should be fine to let the toddler open just one of her presents on Christmas Eve.

Just when Jack and Allison are preparing to make their respective ways home, something bizarre happens: the whole town looks like computer-generated animation! Andy postulates that the superphoton generator from the snow-making machine may have altered their perception, meaning that Eureka simply looks like it's animated.

Jack and Andy head to the generator to stop the superphoton flow, but on the way, the bizarre events keep coming: the moon and sun switch back and forth at whim, the animation switches styles and finally, Jack's Jeep comes to life, insists his name is Carl, and drives away, leaving Jack and Andy to make their way up the mountain towards the generator on foot. But at least things can't get any worse or can they? A team of snow ninjas that's right, snow ninjas! attacks the duo. But just when things look most dark, who should arrive but Jo, looking very much like a cartoon princess.

Henry, Allison and Fargo, meanwhile, have deduced that something is working in tandem with the superphotons so that Eureka doesn't just look animated it is animated! Allison goes to look for Jack while Henry and Fargo head to the Smart House to check on the kids. Zoe and Kevin have been entertaining Jenna with a book called "Holotown," which provides a variety of options for storytelling, including animation styles, the sun rising and setting, and snow ninjas! The kids continue blithely playing, safe thanks to a force field surrounding the Smart House, totally unaware that they're altering the reality for the rest of Eureka. Henry and Fargo realize that the Smart House is meddling with the superphotons, but they can't get into the house due to the very force field that's keeping the kids safe.

Jack, Allison and Jo reach the superphoton generator, but it's way out of whack. They set about attempting to fix it by rerouting the generator's circuits, when Allison realizes that the Holotown toy is to blame for the mix-up. Just then, Kevin and Zoe hear a loud thumping, and peek outside to see a 12-story tall snow ninja, and the whole town in claymation! They put two and two together and realize that the toy is creating the mayhem, but if they unplug it, they could erase the whole town. They can't do anything but hang tight and trust that their parents are doing everything they can to fix it.

Which is exactly right: Allison is rerouting the generator while Jack and Jo head off the snow ninja. But maybe the kids can do something to help, after all: they switch the animation style to anime, transforming their friends and parents into awesome, butt-kicking superheroes! Fargo distracts the snow ninja with his newfound bow staff skills while Jack and Jo (in a flying Car) hover near the monster's mouth and toss an explosive into his maw.

Just then, Allison fixes the generator and the world is back to normal and Jack even has his white Christmas! Everyone heads back to the Smart House for a wonderful celebration of family and friends, grateful for all the reasons they have to celebrate! 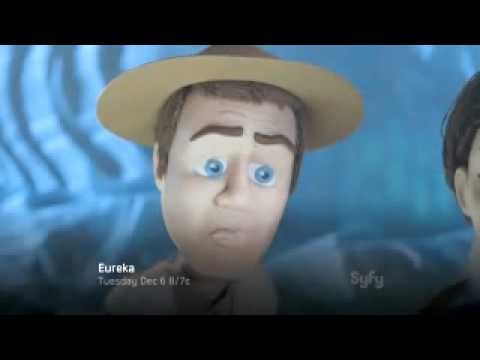