Rachel Green of 'Friends' and her former spouse are seen enjoying their meals at Laser Wolf in New York City alongside Howard Stern, his wife Beth, Jason Bateman, Jon Hamm and Jimmy Kimmel.

AceShowbiz - Jennifer Aniston and Justin Theroux are proving that they can be friends even though they're no longer together but fans are expecting more. Fans are hoping the exes could reconcile after they're spotted enjoying a dinner date together.

On Wednesday, October 5, celebrity gossip account DeuxMoi on Instagram posted a screenshot of their followers who sent them a photo of the "Friends" star and her ex-husband enjoying dinner at Laser Wolf in New York City on September 30. The former couple, married from 2015 until 2018, was photographed sitting at a table in a restaurant with Howard Stern, his wife Beth, Jason Bateman, Jon Hamm and Jimmy Kimmel.

Jennifer and Justin didn't appear to be sitting near each other during the big group dinner but they all seemed relaxed as they engaged in conversation. An unidentified woman sat between the exes but it's unclear if she was Justin's date or just a friend of the group. "Jen is just STUNNING in real life!" the caption for the photo read. 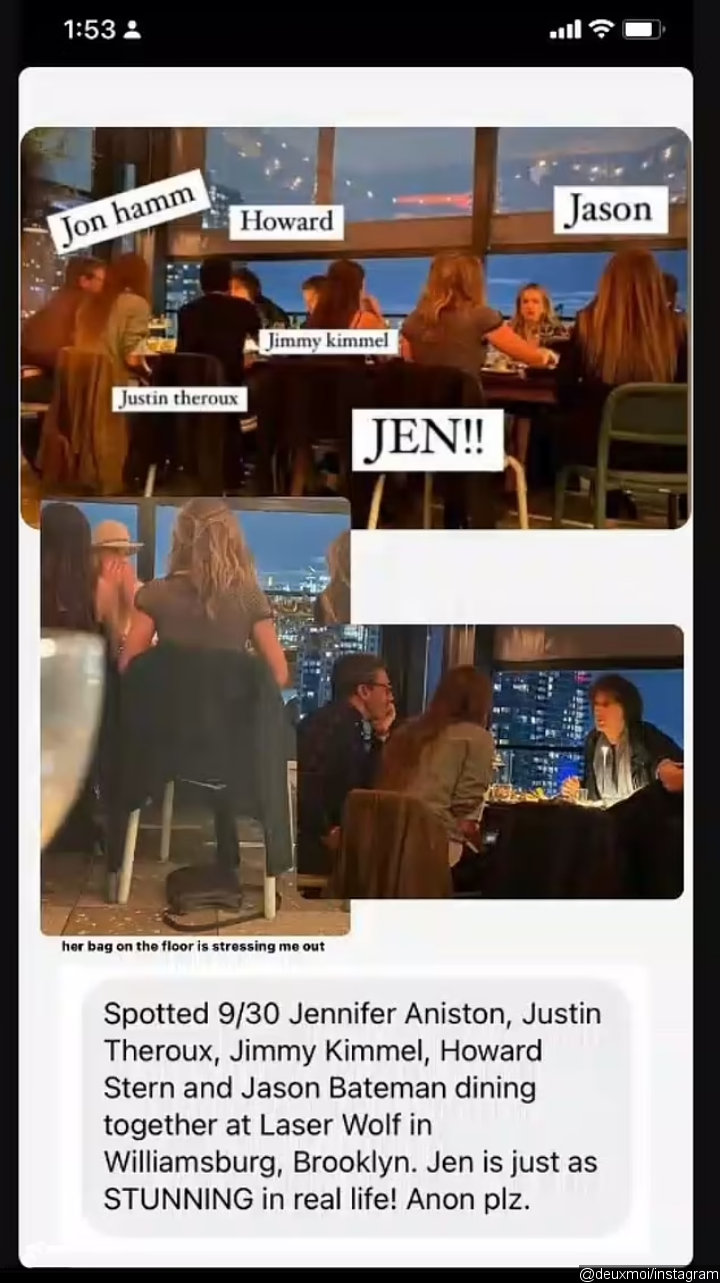 Jennifer Aniston and Justin Theroux were spotted enjoying dinner together.

Once the photo made its way to Twitter, users couldn't help but comment, with many hoping they're giving their relationship another chance. One person wrote, "Jen and Justin out to dinner together!!!! Either they're just really good friends or else they still love one another." A second chimed in, "If Jen gets back with Justin that would be the best thing to happen in 2022." Another gushed, "This woman deserves all the happiness in the world."

Jennifer and Justin's latest outing together doesn't come as too much of a surprise since they're known to still be good friends. They have publicly shared sweet birthday messages to each other on social media since their split and have spoken highly of one another in interviews.

As their friendship rolls on, Jennifer admitted that she's ready to date again in September 2021. The Golden Globe winner said in an interview on SiriusXM's "Lunch With Bruce" podcast, "No one of importance has hit my radar yet. But I think it's time. I think I'm ready to share myself with another. I didn't want to for a long time, and I loved really, being my own woman."