Getting candid about her beauty regret, the 35-year-old model advises her followers, teens in particular, to never pluck all of their eyebrow off like she did.

AceShowbiz - Chrissy Teigen has once again undergone a cosmetic procedure to fix a part of her face that she didn't love. The mother of two has revealed that she recently had an eyebrow transplant surgery to create a fuller look.

The 35-year-old model took to her Instagram Story to get candid about her latest transformation. In one of the clips she posted, she showed her look before the procedure while explaining why she chose to undergo the surgery, where hairs are taken from the back of a patient's head and placed on the face to create a fuller set of brows.

"I never wear makeup if I can avoid it so I was so excited for this eyebrow transplant surgery where they take hairs from the back of your head!" she captioned the image featuring her wearing a white outfit, seemingly ready for the surgery.

In the next Story, Chrissy revealed the result of the eyebrow transplant. She couldn't hide her excitement as she gushed, "This is right after surgery!! Crazy!!" 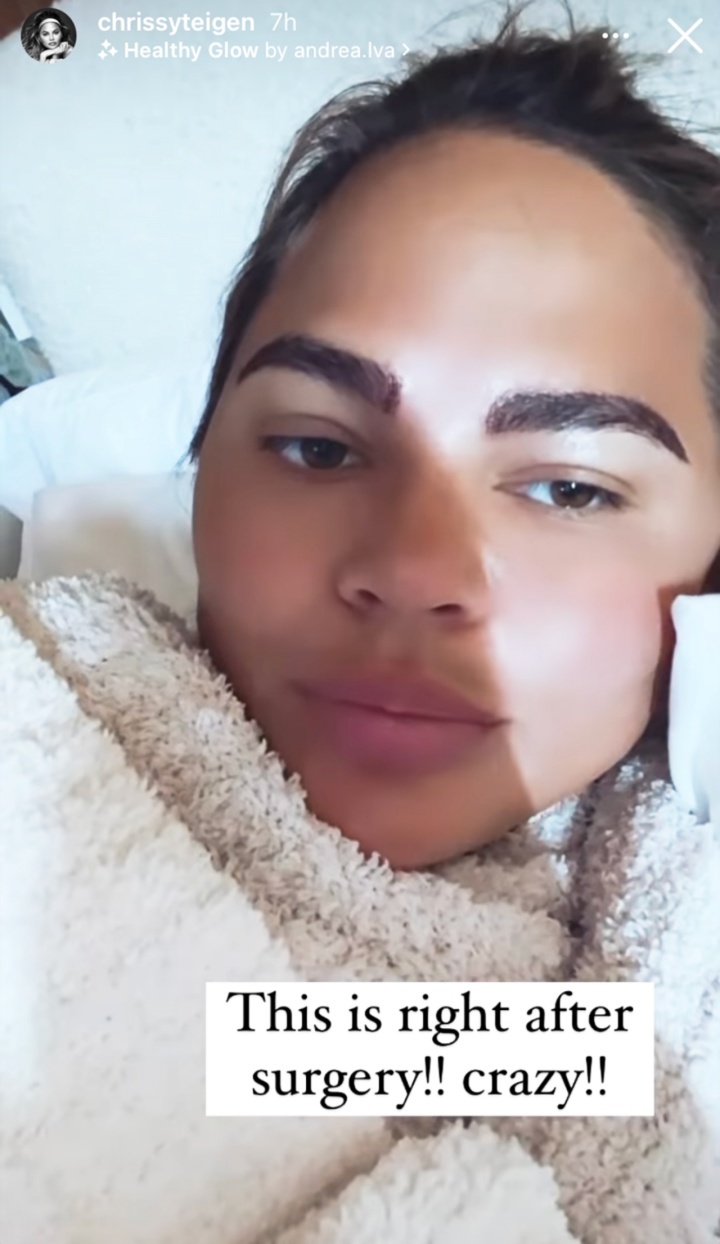 The former "Lip Sync Battle" co-hosts later shared her beauty regret to warn her followers of making the same mistake. "A little dark from the pencil but it's so cool to have brows again! Teens: do not pluck them all off like I did!!" she wrote. 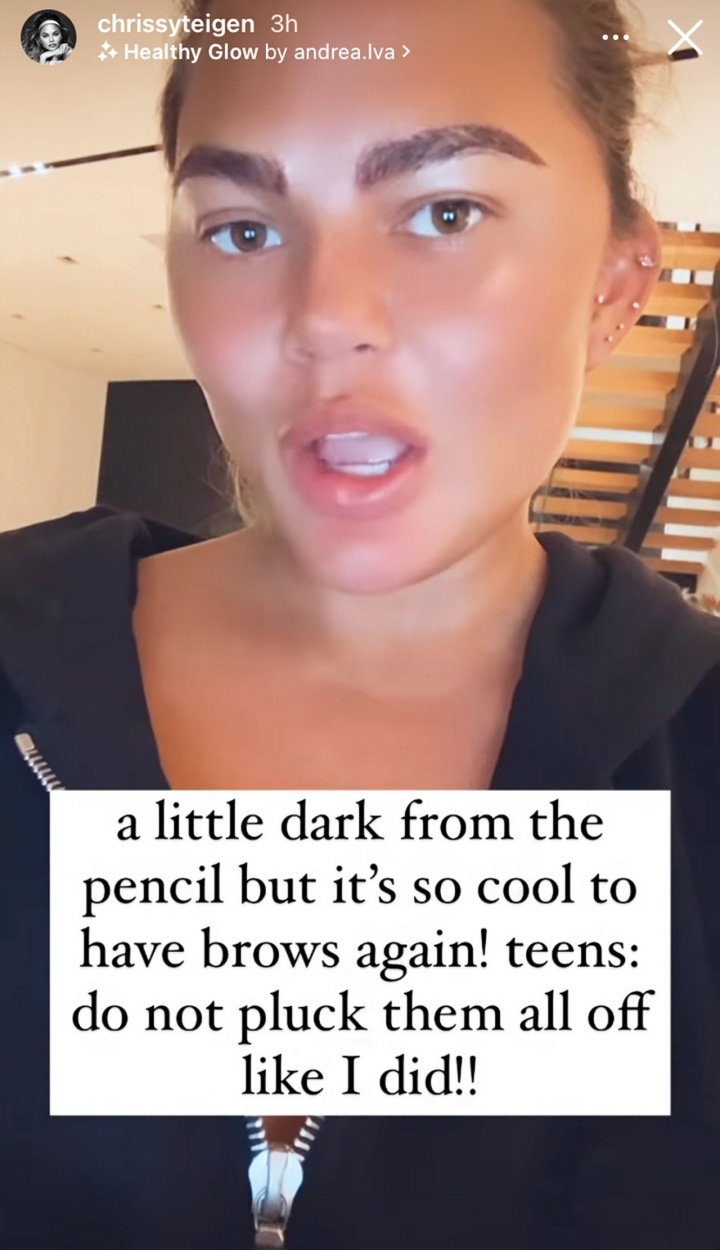 Prior to undergo the eyebrow transplant surgery, Chrissy went under the knife earlier this year to remove fat from her cheeks. Also coming clean about it on Instagram Story, the cookbook author revealed back in September that she paid a visit to famed plastic surgeon Jason Diamond to have a buccal fat removal.

"I did that Dr. Diamond buccal fat removal thing here," she said in the clip, pointing to her newly sculpted cheekbones, adding, "And since I quit drinking, I'm really seeing the results, and I like it. Yeah, I did it, what?" She captioned the footage, "No shame in my dr diamond game."

Nicki Minaj Bares All in Racy Photos on Her 39th Birthday

Actor Kaalan Walker Accused of Raping Over 30 Women Including Minor

Kyrie Irving May Take COVID Vaccine Under This Condition