The makeup guru insists he and Nathan Schwandt still live under the same roof despite announcing their separation in a teary video after five years of dating.

AceShowbiz - Jeffree Star broke his silence on the rumors suggesting his boyfriend Nathan Schwandt ditched him for a woman. The makeup guru took to Twitter to deny the reports and suggested they still lived under the same roof despite their separation.

"Wow. Nate is 10 feet away from me in the kitchen," the beauty vlogger responded to the internet chatters. "How can ANYONE make up lies while him and I are both heartbroken and grieving? Truly disgusted by that… but not surprised." 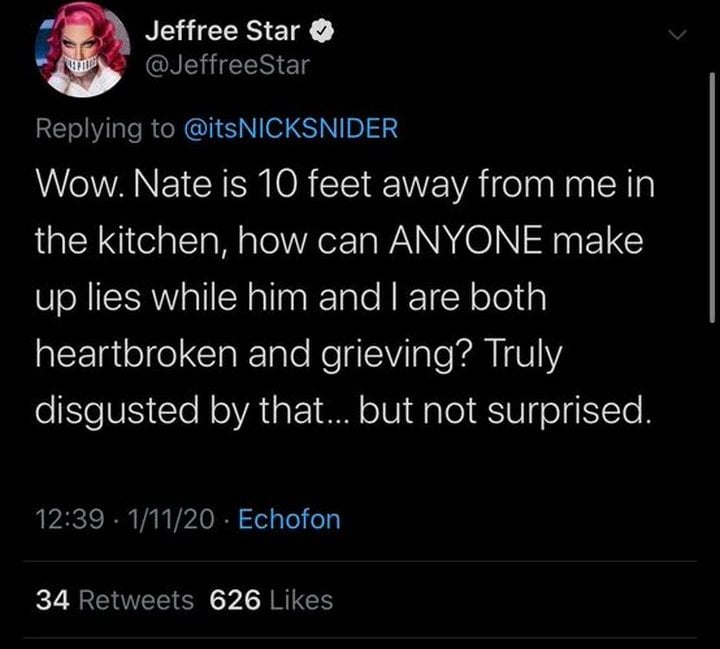 Jeffree Star denies Nathan left him for a woman

He deleted the tweet but later posted a new message, "I've been in Orange County all day visiting my Grandma Mary who will be turning 103 years old this July! Nate has been at my house w the dogs all day. Media outlets reporting lies about him: Stop, it's not going to work."

As a proof, Jeffree then posted a picture of Nathan sitting in their kitchen with his back to the camera. "Nate was being a dog dad all day," he explained. 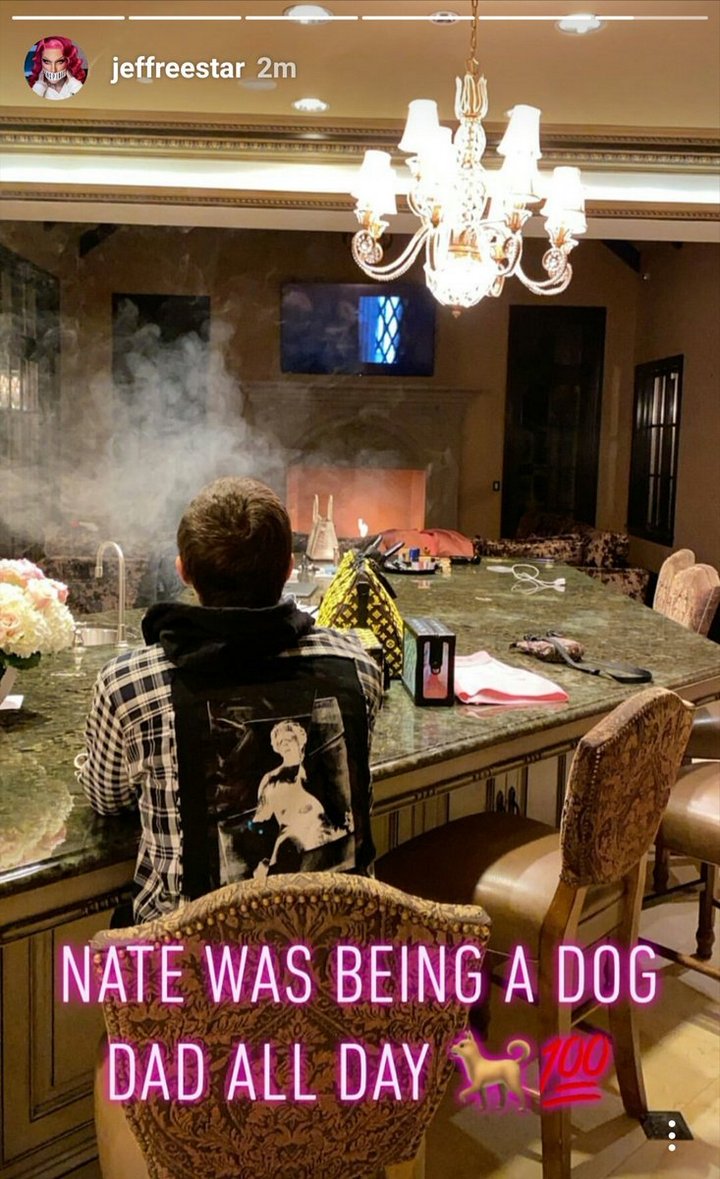 Jeffree Star posted a picture of Nathan in their house

Jeffree Star and Nathan Schwandt started dating in 2015. Rumor has it, Nathan cheated on Jeffree and was caught numerous times hitting people up in the DMs. He has reportedly deleted all his social media to placate Jeffree and started a new Instagram account that he kept private.

"This isn't an internet fight. This isn't drama, this isn't tea, this is my real life and me and my soulmate are really going through it," Jeffree previously said when announcing their breakup. "Me and Nathan will be friends forever, I will always have love for him. Are we in love with each other? No. But we love each other and he will always be in my life."

Kylie Jenner and Tyga Spotted Having Dinner in Los Angeles

Jeffree Star Dumped by Boyfriend Nathan for a Woman