The 'Empire' actress cradles her burgeoning belly in a photo posted on her Instagram Stories, more than a year after she became engaged to her boyfriend Kelvin Hayden.

AceShowbiz - Is Taraji P. Henson expecting her first child with fiance Kelvin Hayden? The actress sparked a pregnancy speculation after she posted on Instagram Stories a picture of her rocking what appeared to be a baby bump.

In the image, the 49-year-old star proudly flaunted and cradled her burgeoning belly as she posed for the camera. She rocked a white T-shirt and denim overall, while her hair was styled in braids. The Cookie Lyon of FOX's "Empire" left the photo captionless, leaving her fans and followers guessing if she announced her pregnancy with the picture. 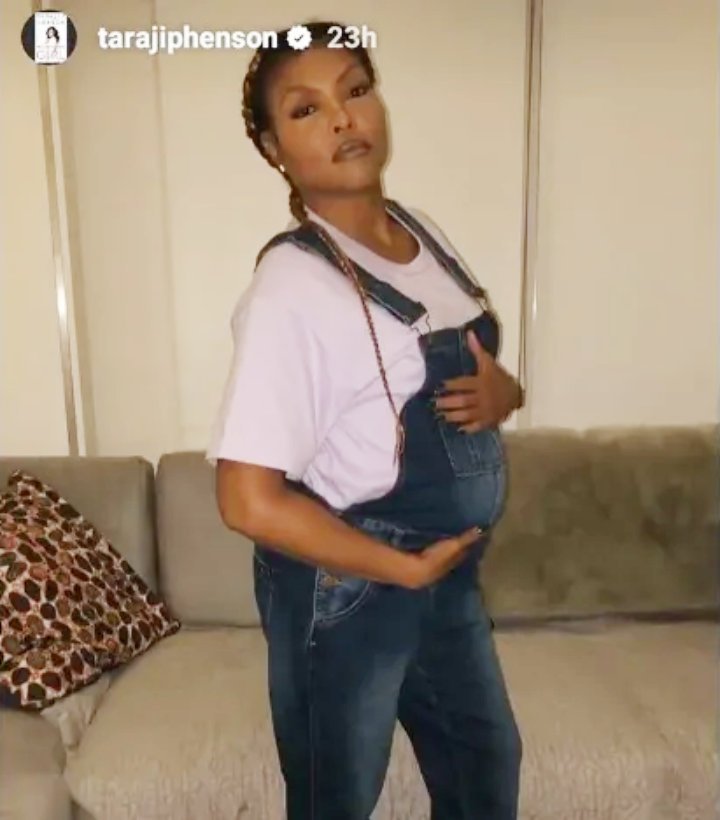 Taraji P. Henson shows off what appears to be baby bump on Instagram.

However, two friends of Taraji reportedly have confirmed that the actress is not pregnant. Apparently her giant belly was fake and the photo was taken from the set of her upcoming movie "Coffee & Kareem", which is slated to arrive in January.

The pal tells MTO News, "Taraji's in a comedy that comes out in January. She was on set 'pregnant', and decided to get people talking."

Two weeks ago, Taraji and her fiance Kelvin attended the opening of Tyler Perry Studios and she didn't seem to be pregnant. The Oscar-nominated actress wore a tight black sleeveless dress that accentuated her curves to the studio launch.


Taraji was first rumored to be romantically linked to Kelvin in December 2015, but it's not until December 2017 that she confirmed their relationship. The couple got engaged in May 2018. "I said yes y'all!!! He started with the Cartier love bracelet BUT that was my #Mothersday gift and then he dropped to his knee and I almost passed out!!! (crying with laughter emojis) #sheisofficiallyoffthemarket and she is sooooooooooooo HAPPY!!!!!! #GODIS," she wrote on Instagram along with a picture of her engagement ring.

She recently revealed that she's going to tie the knot with the former NFL player in April 2020 at California's wine country. She also said that they considered an Italian honeymoon.

Report: JWoww and Zack Carpinello Get Back Together Following Florida Outing

Taraji P. Henson Spills Why She Was Unable to Tell Son His Father Was Murdered

These Celebrities Postpone Their Wedding Due to COVID-19