The 47-year-old actress showed off her killer pins in a Schiaparelli navy-blue-midi dress at the event held at the Odeon Leicester Square in London, England on Monday, September 5.

AceShowbiz - Renee Zellweger looked stunning when stepping out for "Bridget Jones's Baby" world premiere. The 47-year-old actress walked on the pink carpet while showing a little shoulder. She showed off her killer pins in a Schiaparelli navy-blue-midi dress at the event held at the Odeon Leicester Square in London, England.

Zellweger attended the event with her musician boyfriend Doyle Bramhall II, whom she cozied up to and even stole a sneaky kiss from. She was joined on the pink carpet by the leading men of the third "Bridget Jones" movie, Patrick Dempsey, who brought his wife Jillian Fink along with their children, and Colin Firth, who was accompanied by his stunning wife Livia Giuggioli. 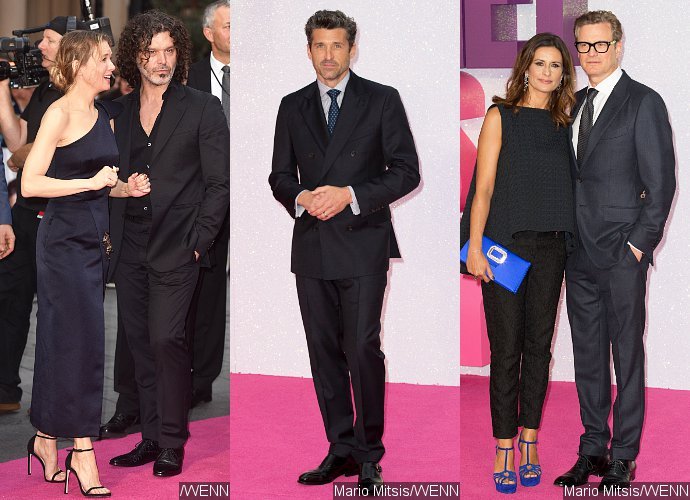 Also coming to the Monday, September 5 event were Ellie Goulding, Emma Thompson and Sharon Maguire. The 28-year-old singer looked glowing on the pink carpet, showing plenty of skin in a tight-skimming backless dress. Meanwhile, the 57-year-old actress turned heads in her bright red suit. As for the director, she looked stunning in a gold dress. 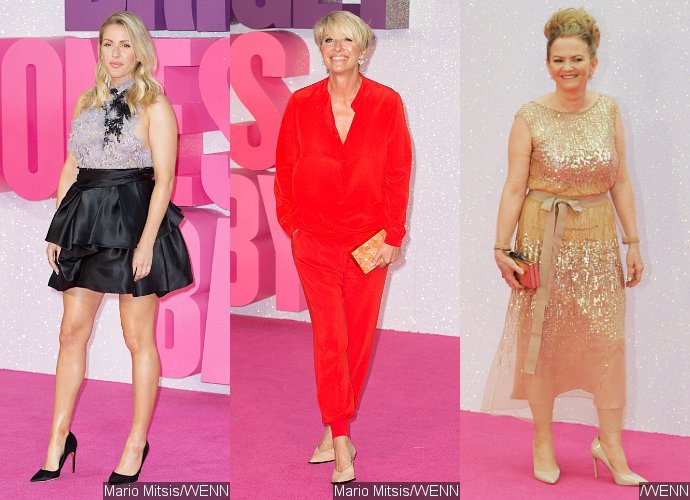 At the event, Zellweger discussed her character's love triangle in "Bridget Jones's Baby" which hits U.S. theaters on September 16. "The fun thing about my job is that you don't have to pick," she said. She went on to explain why she loved her character, saying, "I love how she's so authentic and make us feel it's ok to be imperfect. She makes me laugh!"