In one photo, the 'Wrecking Ball' singer stands nude in a bathtub, with her crotch covered by soap bubbles.

AceShowbiz - Miley Cyrus poses full frontal nude in a series of polaroid photos for the new issue of V Magazine. The NSFW photos, taken by Miley's friend Cheyne Thomas during her "Bangerz" world tour, are titled "With a Little Help From My Fwends."

In one revealing picture, the 22-year-old singer stands naked in a bathtub. Her nipples are shown while her crotch is covered by soap bubbles. Wearing a pink towel on her head, she smiles at the camera with one arm behind her head. 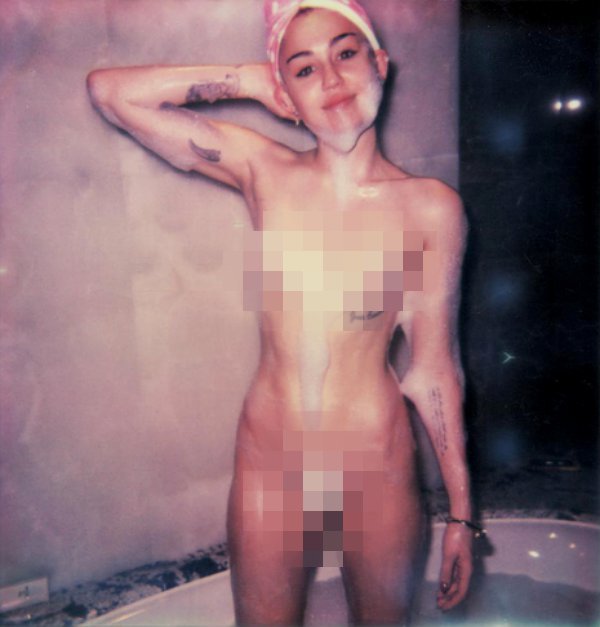 Three other photos show Miley posing naked in her back garden in Los Angeles. In one photo, Miley's shows off her boobs while blowing a flower near a swimming pool. Another shot shows the naked singer spraying herself with water. She also shows her naked back.

Another NSFW snap shows naked Miley sitting in a room full of books, wearing only a pair of black boots.

In other shots, Patrick Schwarzenegger's girlfriend wears skimpy black lingerie with her nipples popping out of the bra. One of those shows the "Party in the U.S.A." hitmaker making a sexually suggestive pose while lying on her back.