One World Symphony will perform previously written works inspired by the shows' themes and characters during a night of music in Manhattan.

AceShowbiz - "Game of Thrones" and "New Girl" will be the themes of opera music shows. New York City-based One World Symphony has announced the two popular TV series as well as "Hannibal" as inspirations for their 2014-2015 "Operasodes season".

"Operasodes" is an evening of music during which they will perform previously written musical works, both classical and contemporary, inspired by a certain television program's themes and characters.

"The show has all the drama, intrigue, and passion that operas have been providing us for centuries: seduction, obsession, deception, political manoeuvring, romance, heartbreak, incest - to name a few," says Sung Jin Hong, artistic director and composer conductor of One World Symphony, of HBO's "Thrones". The "Game of Thrones"-inspired music show will run February 1-2, 2015

The "New Girl" night is scheduled for October 26-27, 2014. "People fell in love and acted silly 200 years ago, and they probably did the same silly things we do now," Hong says about the FOX comedy. "Today we write pop songs, hip-hop, rap. Back then they wrote arias, symphonies, operas."

The "Hannibal" show, meanwhile, will be an original opera composed by Hong. "[Hannibal's] psychological profile is perfect for a dark opera," Hong explains. "We are beguiled by him. He is a character whom we both fear and admire. Most interestingly of all, on some level we want for him to succeed." The program will run May 31 and June 1, 2015.

Hong plans to give an original opera treatment to "Thrones" as well. He shares his idea, "Cersei Lannister ... would make Salome look like a virgin saint. Her strength may be her imagination, and her saving grace may be her unconditional love for her son, who may be even more wicked ... Might as well write a whole opera on her, right?"

All shows will be held at Holy Apostles Church in New York. General tickets are available for $40, while student and senior tickets are $30. 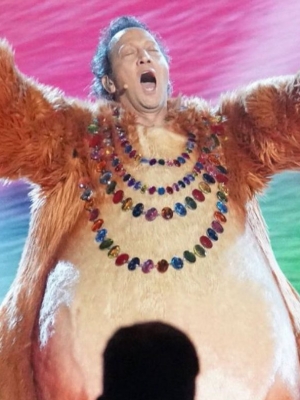