Hugh Jackman's Logan and Liev Schreiber's Victor Creed standing in front of an execution team in one of the newly-released photos from 'X-Men Origins: Wolverine'.

AceShowbiz - Following the outing of Taylor Kitsch's Gambit photo earlier, a series of "X-Men Origins: Wolverine" stills has been found. Released by the 20th Century Fox, the photos focus on the film's two main characters, Hugh Jackman's Logan and Liev Schreiber's Victor Creed. Three of the images put both on a scene, while the rest highlight on the action Logan is facing.

One of the pictures that display both Logan and Creed together gives out the time the two with a band of World War II soldier storming in on a beach. Another one presents both of them standing face to face against each other, whereas the other shows them tied on a pole in front of what seems to be an execution team. All of the photos can be seen below.

Beside Hugh Jackman and Liev Schreiber, "X-Men Origins: Wolverine" also features the likes of Ryan Reynolds, will.i.am and Dominic Monaghan. Telling the early years story of Wolverine, the Marvel Comics character known for the blades implanted in between his knuckles, it chronicles his romantic past, his relation to Victor Creed and the Weapon X program. The 20th Century Fox's film is expected to be released in U.S. theaters on May 1, 2009. 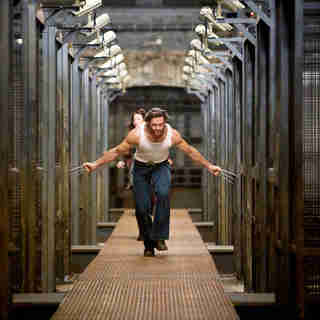 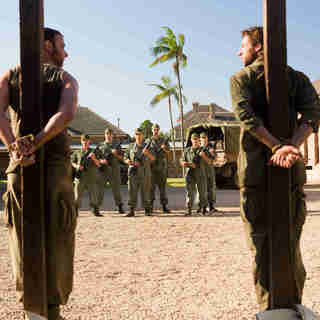 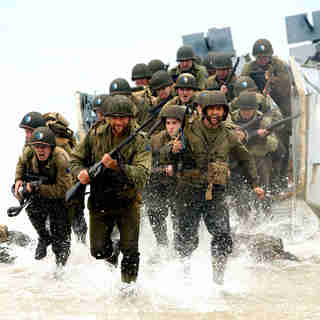 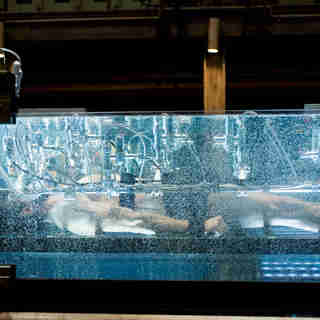 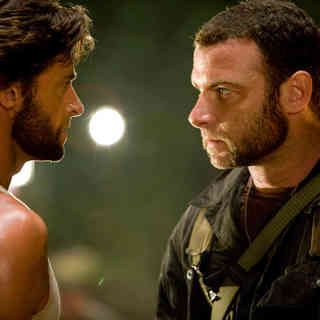