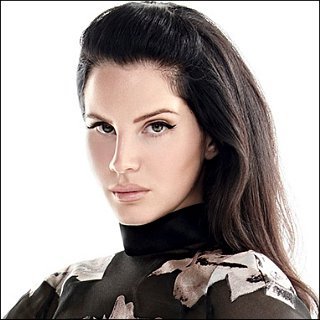 %cLana Del Ray% was born Elizabeth Woolridge Grant on June 21, 1986 in New York City but grew up in Lake Placid, New York. She would hit bars in Lake Placid to showcase her talent in singing but always felt that she had to go bigger. So she moved back to NYC and got signed by an indie label at the age of 19. Unfortunately, the recording house went out of business.

"The way I experienced New York, for a long time after I moved, was alone and at night, walking the streets. I mean, there are thousands of streets in New York and I know them all. I'd go down to the tip of Manhattan, or even down to Coney Island, then travel all the way back up. Because I come from a place that, geographically, isn't that stimulating. But New York's architecture alone is enough to inspire a whole album. In fact, that's what happened at first - my early stuff was mostly just interpretations of landscapes," she said in an interview on how the big city inspired her.

Del Rey was so determined that she went to record labels in London to show them a piece of her music but none of them was interested in her style. She released an EP called "Kill Kill" in 2008 under the name Lizzy Grant and then a full-length studio album in January 2010 as Lana Del Ray a.k.a. Lizzy Grant. It was with her father Robert Grant's help that the album reached the market.

Del Rey wrote "Video Games" with a composer called Justin Parker and uploaded her performance of the song on YouTube in July 2011. "To be honest, it wasn't going to be the single but people have really responded to it. I get very sad when I play that song. I still cry sometimes when I sing it," she said.

The response was indeed amazing and she signed a deal with Interscope in October 2011 to release the song for wider market. "Video Games" won a Q Award that month and was featured on a TV series called "Ringer". She began the promotional period with appearances and performances on several TV shows. She also started mulling over the idea of making another full-length album, which would be her first wide release.

"Born to Die" was released in January 2012 although a few days before that, she was scrutinized for her first live performance on television. Del Rey was the musical guest on "Saturday Night Live" and she was criticized for being amateur. In her defense, Del Rey said, "I'm a good musician ...I have been singing for a long time, and I think that Lorne Michaels knows that ...it's not a fluke decision."

With the newfound fame, Del Rey bought the rights to her 2010 album for a re-release under Interscope Records and Polydor while working on a new album. Two mini albums "Paradise" and "Tropico" came out in 2012 and 2013 as pre-cursors at what's to come in 2014.

She also penned the original song "Young and Beautiful" for "The Great Gatsby" motion picture soundtrack. The song peaked at 22 on the Billboard Hot 100, making it her highest peak on the chart. Her next single "Summertime Sadness" which got a %cCedric Gervais% remix was a sleeper hit. It reached No. 6 on the chart, surpassing "Young and Beautiful". On top of that, the remix won a Grammy Award for Best Remixed Recording in Non-Classical category.

Del Rey's next album is called "Ultraviolence". It includes a cover of "Once Upon a Dream" from the 1959 film "Sleeping Beauty", which she re-recorded for Disney's dark fantasy film "Maleficent" starring %cAngelina Jolie%. The album's first single is called "West Coast" which climbed to No. 17 on Hot 100.

"When people ask me about it, I just have to be honest - I really don't know. I don't want to say, 'Yeah, definitely - the next one's better than this one,' because I don't really hear a next one," she humbly said, before jokingly adding, "My muse is very fickle. She only comes to me sometimes, which is annoying."

In support of the album, Del Rey announced "The Endless Summer Tour" in December. The first seven shows of the tour were supported by fellow alternative rock singer %cCourtney Love%, while synthpop singer and producer %cGrimes% was featured on the remaining tour dates. She performed songs from her previous albums, in addition to some previously unreleased songs and covers.

In an interview with Galore Magazine, Del Rey revealed that she started working on a new album, which she planned to be released sometime in 2015. She also mentioned that she'd already recorded the album and revealed that she wrote "small pieces for independent films etc."

In June 2015, Del Rey announced her fourth studio album "Honeymoon". The first title track of the album was released on July 14, 2015, which music video was directed and edited by herself. "You haven't seen the full video for 'Honeymoon' because I didn't put it out yet. I don't know if I will because I made it myself," she said of the video. Prior to the release, the lyrics of the song were released as part of a lyric book, which was available for purchase among the merchandise for "The Endless Summer Tour".

Del Rey released the album's first single "High by the Beach" on August 10, 2015. The song, which was inspired by a period when she frequently drove by the beach, was co-written by Del Rey, Rick Nowels and Kieron Menzies. The trap-pop ballad debuted at No. 51 on the Billboard 200 and spent three weeks on the chart. "Terrence Love You" was released on August 21, 2015 as a promotional single, which was available instantly with the pre-order of the album.

"Honeymoon" was officially released on September 18, 2015 via UMG Recordings. The album was described as a departure from the rock-oriented music of Del Rey's previous album "Ultraviolence" and a return to the baroque pop of "Born to Die" and "Paradise". The set, which debuted at No. 2 on the Billboard 200 chart, features 14 tracks in total, including an interlude titled "Burnt Norton (Interlude)", where Del Rey recited extract of the first poem from T. S. Elliot's "Four Quartets".

In November 2015, Del Rey executive produced a short film "Hi How Are You Daniel Johnston", which documented the life of late musician Daniel Johnston. For the film, she collaborated with producer Justin Parker to cover one of Johnston's songs called "Some Things Last a Long Time". In the same month, Del Rey won Billboard Trailblazer Award 2015 and MTV Best Alternative 2015.

In December 2015, Del Rey stated that she had early ideas of what she wanted her next album to sound like. In an interview with NME, she said, "I do have early thoughts about what I'd like to do with [the album]. My label, Interscope, is pretty flexible and open to my records coming out at any time, so I don't have that pressure." She mentioned that she wanted the upcoming record to have a "pop-friendly" and "New York style" sound, and to be a little harder, faster, more up-beat and less dreamy.

In March 2016, Del Rey and her managers officially revealed that she began working on her fifth studio album, just months after releasing "Honeymoon". She was reportedly working with songwriter Justin Parker, who previously wrote her early hits including "Video Games", "Born to Die" and "National Anthem".

"Love" was released on February 18, 2017 as the first single off Del Rey's upcoming album. The dreamy song was co-written by Del Rey, Benny Blancho, Emile Haynie and Nowels. Prior to its release, Del Rey teased the arrival of her comeback single with a series of cinematic posters, which popped up around Los Angeles.