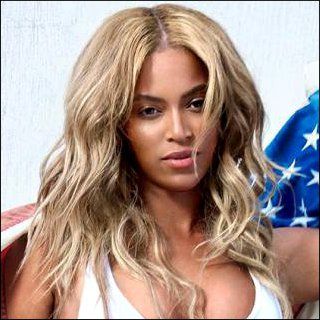 Beyonce Giselle Knowles born on September 4, 1981 in Houston, Texas is an African-American R&B singer, actress and songwriter in the group %cDestiny's Child%. Her father Matthew Knowles worked as Destiny's Child manager, while her mother Tina Knowles designed the group members glittering costumes. She once attended The High School for the Performing and Visual Arts in Houston, Texas before finally stepping into music business.

Beyonce and her group were discovered by %cWhitney Houston%. During her time in the group, Beyonce was perceived as a leader for her songwriting and producing expertise that led to many hit singles "Jumpin Jumpin", "Bootylicious", "Nasty Girl", "Independent Women", "Happy Face" and "Apple Pie a la mode."

At the beginning of their career, Beyonce, %cKelly Rowland%, and %cMichelle Williams (II)%, toured as an opening act for %cChristina Aguilera% and %cTLC%. Then in 1998, they released their group self-titled album, "Destiny's Child", which was produced by %cWyclef Jean% and %cJermaine Dupri%. Its single "No, No, No" peaked at No. 1 and the album itself went platinum.

In 1999, they released a second album "The Writing's on the Wall", featuring two number one hits in "Bills, Bills, Bills" and "Say My Name" that won two awards at the 2001 Grammys for Best R&B Performance by a Duo or Group with Vocal and Best R&B Song, the latter of which was awarded to the songwriters, including Beyonce herself.

Following both successful albums, Destiny's Child dropped "Survivor" in 2001. It became another smash, topped both the American Billboard 200 and R&B Albums charts, ruled the Canadian album chart, and generated success around the world. What's more, two singles from the album, namely "Independent Women (Part 1)" and "Bootylicious", went to the top of the Billboard Hot 100.

On top of that, "Independent Women (Part 1)" became the theme song for "Charlie's Angels" in late 2000. Its title track "Survivor" gloriously won the band their second Grammy for Best R&B Performance by a Duo or Group with Vocal.

Despite their soaring success, Destiny's Child decided to take a break to pursue solo careers. But they returned in 2004 to produce two new albums. The first album entitled "Destiny Fulfilled" and its first single "Lose My Breath" both reached the top 10 Billboard album and singles charts respectively.

Along with the group success, Beyonce's solo career also rose up. She won the Songwriter of the Year award from the ASCAP Pop Music Awards, making her the first African American woman and the second woman of any race to win the honor. Gaining fame and success in music production, Beyonce was curious to expand her career to acting, which resulted in her starring in MTV's "Carmen" without any previous training.

She continued her acting exploration by starring in "Austin Powers in Goldmember" as Foxxy Cleopatra opposite %cMike Myers%. After that, Beyonce recorded a song and produced a music video, called "Work It Out", used for the movie soundtrack that was a top 10 hit in the UK and a top 40 hit in Netherlands, Australia, and Ireland. Later during the fall of 2002, Beyonce worked with %cJay-Z% on smash single, "03 Bonnie And Clyde". Both fell in love, started going on a date, and got engaged before secretly tying the knot on April 4, 2008.

In the spring of 2003, Beyonce remade a duet with %cLuther Vandross%, called "The Closer I Get to You", originally performed by %cRoberta Flack% and %cDonny Hathaway%. The song was included both on her debut solo album and on Luther's "Dance With My Father" set, for which the two singers shared the Grammy for Best R&B Performance By A Duo Or Group With Vocals.

That year, Beyonce released her debut solo album "Dangerously in Love". The first single "Crazy In Love" featuring a guest rap from boyfriend Jay-Z quickly became one of the biggest hits of that summer, staying at number one on the Billboard Hot 100 Singles chart for ten weeks. Soon afterwards "Dangerously in Love" went to the top of the album charts in the UK and Canada, as well as on both the American pop Billboard 200 and R&B charts.

To welcome the end of 2003 summer, her second single "Baby Boy" which featured reggae star %cSean Paul% was launched. It climbed the charts, becoming one of the biggest hits of 2003 and dominating radio airplay for the fall of 2003.

During the same time, Beyonce starred in the movie "The Fighting Temptations," for which she, together with rapper %cMissy Elliott%, %cFree%, and %cMC Lyte%, recorded a song for it called "Fighting Temptation" that unfortunately failed to be popular despite the moderate success of the movie itself.

As Beyonce's solo career got bigger, her group Destiny's Child was disbanded in 2005. They marked their farewell with a special greatest hits package titled "#1's". Hitting the market October 25th the same year, it consisted of not only some old tracks, like "Independent Women Part I," "Survivor," "Soldier," and "Jumpin', Jumpin' ", but also three brand new tracks, namely "Stand Up For Love," "Feel the Same Way I Do," and that of "Check on It," which also is becoming the soundtrack for "The Pink Panther" (2006) which Beyonce starred in alongside %cSteve Martin%, %cKevin Kline%, %cJean Reno%, and %cJason Statham% among others.

From the point on, Beyonce concentrated more on her solo career, even invading the world of fashion by launching her new fashion line, "House of Dereon", named after her grandmother, Agnes Dereon. "The whole theme is taking nothing and turning it into something because that's what my grandmother did with all kinds of fabrics. She just turned everything into masterpieces, and that's what my mother does," so she said on the line which features denim, handbags, casual sportswear, furs, and footwear.

Her second solo album "B'Day" arrived in 2006. It amazingly sold more than 540,000 copies in the U.S. in its first week in stores, coming in at No. 1 on the Billboard 200 and making it her highest selling first week as a solo artist. One of the hit singles in the album was "Deja Vu" which marked her studio reunion with then-beau Jay-Z. That year, she also starred in another movie "Dreamgirls", the %cBill Condon%-directed film adaptation of the Broadway show of the same name.

Beyonce made a groundbreaking album in 2008 by introducing a so-called alter ego Sasha Fierce in a double-CD album "I Am .... Sasha Fierce". Besides ruling the charts with her numerous addictive singles, she garnered a total of eight Grammy Award nominations at the 52nd Annual Grammy Awards ceremony. She eventually collected a record setting six wins, the most awards won in one night. The only other singer who was able to win six awards in one night was %cAdele% in 2012.

Three years later while she was pregnant with her first child, Beyonce dropped her fourth album fittingly named "4". Though it failed to surpass the success of her previous album, it still managed to do well on the chart, climbing to No. 1 on Ho 200. Due to her pregnancy, she couldn't go on tour but made it up to her fans by holding a successful "4 Intimate Nights at Roseland Ballroom" concert.

Beyonce gave birth to a healthy baby girl Blue Ivy in January 2012. She shied away from the stage as she embraced motherhood while continuing to support her husband's career which was as bright as hers.

After three years, she surprised her fans by releasing a self-titled album "Beyonce". It was released exclusively online on iTunes. Despite no prior single, announcement, and promotion, not to mention Target's refusal to put the CD on their shelves, the album was a big success. It went on to become the fastest-selling album in iTunes history with an estimated 828,000 sold around the world in its first three days, including 617,000 in the United States.

In late 2014, rumors began swirling that Beyonce was readying a collaborative album with her husband Jay-Z. While the rumors remained unconfirmed, she hinted at her next solo album when she dropped in early 2016 her new single "Formation" and revealed plan to go on the "Formation" tour.

Her next LP, titled "Lemonade", finally arrived in late April 2016. Similar to its predecessor, the project was released as a surprise and features accompanying music videos for all of its cuts. It opened at No. 1 on Billboard 200 with more than 630,000 units sold.

The record also caused quite a stir due to some references to Jay-Z's alleged infidelity. She seemingly talks about being cheated on by her hubby on the track "Sorry". Following the song's release, reports emerged that Hov's mistress could either be designer %cRachel Roy% or British singer %cRita Ora%. Both, however, have denied being "Becky with the good hair."

"Lemonade" became her most critically album to date, winning eight awards at the 2016 MTV Video Music Awards and two awards at the 2017 Grammy Awards. Aside from winning some awards at the Grammys, Beyonce had one more thing to rejoice that year. She announced her pregnancy in February, prompting her to cancel her Coachella headlining performance due to doctor's concern. She gave birth to twins Rumi and Sir Carter on June 13 in Los Angeles.

Beyonce didn't release any music of her own that year, but she collaborated with a slew of musicians. The songstress teamed up with %cJ Balvin% and %cWilly William% to release of remix version of "Mi Gente" and donated all proceeds from the song to those affected by Hurricane Harvey and Hurricane Irma in Texas, Mexico, Puerto Rico and other Caribbean islands. She also collaborated with %cEminem% on "Walk on Water" and %cEd Sheeran% on a remix of "Perfect". The latter song topped Billboard's Hot 100 chart, becoming her sixth No. 1 song.

Beyonce and Jay-Z kicked off their highly-anticipated joint tour "On the Run II" on June 6 in Cardiff, England. They are expected to wrap up the tour on October 4 in Seattle. While hitting the road, the couple surprised many fans by releasing a joint album entitled "Everything Is Love" along with a music video for track "Apes**t" on June 16.

Beyonce and Jay didn't stop hitting the stage together even after concluding their "On the Run II Tour" in Seattle on October 4. Later in December, the power couple headlined the Global Citizen Festival: Mandela 100 that was held at FNB Stadium in Jonannesburg, South Africa. Their 2-hour performance was a hot topic among social media users, with many praising Beyonce's outfits that paid tribute to Africa's diversity.

In the first half of 2019, Beyonce was kept busy with the premiere of her Netflix documentary "Homecoming: A Film by Beyonce", which was about her historic 2018 Coachella headlining performance. The movie received six nominations at the 2019 Primetime Emmy Awards such as Outstanding Variety Special, Outstanding Costumes for Variety, Nonfiction or Reality Programming and Outstanding Music Direction. In addition to the film, Beyonce released a live album "Homecoming: The Live Album", which debuted and peaked at No. 7 on Billboard 200.

Later in July, Beyonce began the promotion for the live-action adaptation of "The Lion King", in which she voices Nala. Besides lending her voice for the wife of Simba, Beyonce also curated the soundtrack album for the Disney movie. She released the lead single off the effort, "Spirit", on July 10, while its music video was premiered on July 16 during ABC's "The Lion King: Can You Feel the Love Tonight" special with %cRobin Roberts (II)%. Also featuring her and %cDonald Glover%'s cover of "Can You Feel the Love Tonight", the album is set to hit the stores on July 19, the same day as the movie's release in the United States.